Cistern is a project I started 3 years ago, back when I ran a hosting business and wanted a simple tool to aggregate network flow datagrams from my switches.

Cistern hasn’t been a priority for me for a while since I stopped running that business and haven’t touched a physical switch in a long time. At a certain point, I wanted it to support more than just layer 2 and layer 3 network flow information, so I added support (via my appflow package) for generic HTTP application flows.

Development basically stopped at that point. There was a bunch of stuff I didn’t like about the implementation. I wrote a custom time series storage engine for it, but it’s hard to work with just metrics for flow data. I wanted raw events to group in arbitrary ways. The internal architecture of Cistern also moved to a really complicated message passing system with lots of channels, goroutines, and callbacks.

It’s time for the third rewrite.

I don’t have a detailed design since I’m just getting started with the rewrite, but here are my high-level notes: 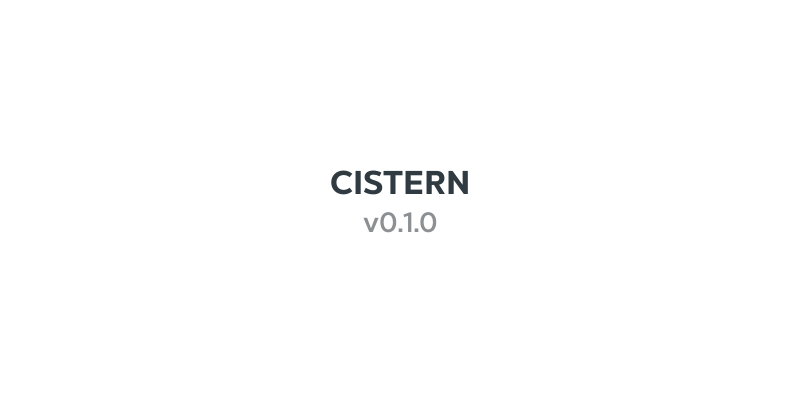 The goal is to keep things simple, developer-friendly, and be a great foundation to build on top of.