Those who saw my tweets from last night know that I’m really exciting about what I’ve been implementing in Cistern for the next release.

WHOA THIS IS SO AWESOME pic.twitter.com/3k89naoaOV

In the v0.1.0 release post from about a month ago I mentioned that the next release will focus on generic JSON log messages. That’s still really important for me, but there are a couple of even more exciting things too.

Cistern’s storage and querying code came from Epsilon which didn’t have a query language. It only had a JSON REST API, and queries had to be described with a JSON object that sort-of resembled a SQL query. Not user-friendly at all! It was a pain to keep writing that stuff by hand.

Cistern v0.1.0 introduced a pseudo query language in the CLI which uses flags and looks like this:

But that’s still not very neat.

Cistern v0.2.0 will come with an actual query language with a well-defined grammar that looks a lot like SQL. The parser translates a SQL-like string into the JSON query object I described before.

actually works! It’s converted into a JSON query object which is now used internally. I’m planning on writing up another post explaining how that works.

Having a SQL-like query language makes the CLI just barely better than curl. My D3.js and Mithril.js experiments from another project have been going so well that I decided to borrow that code to make a UI for Cistern.

It only took me a few hours to come up with this: 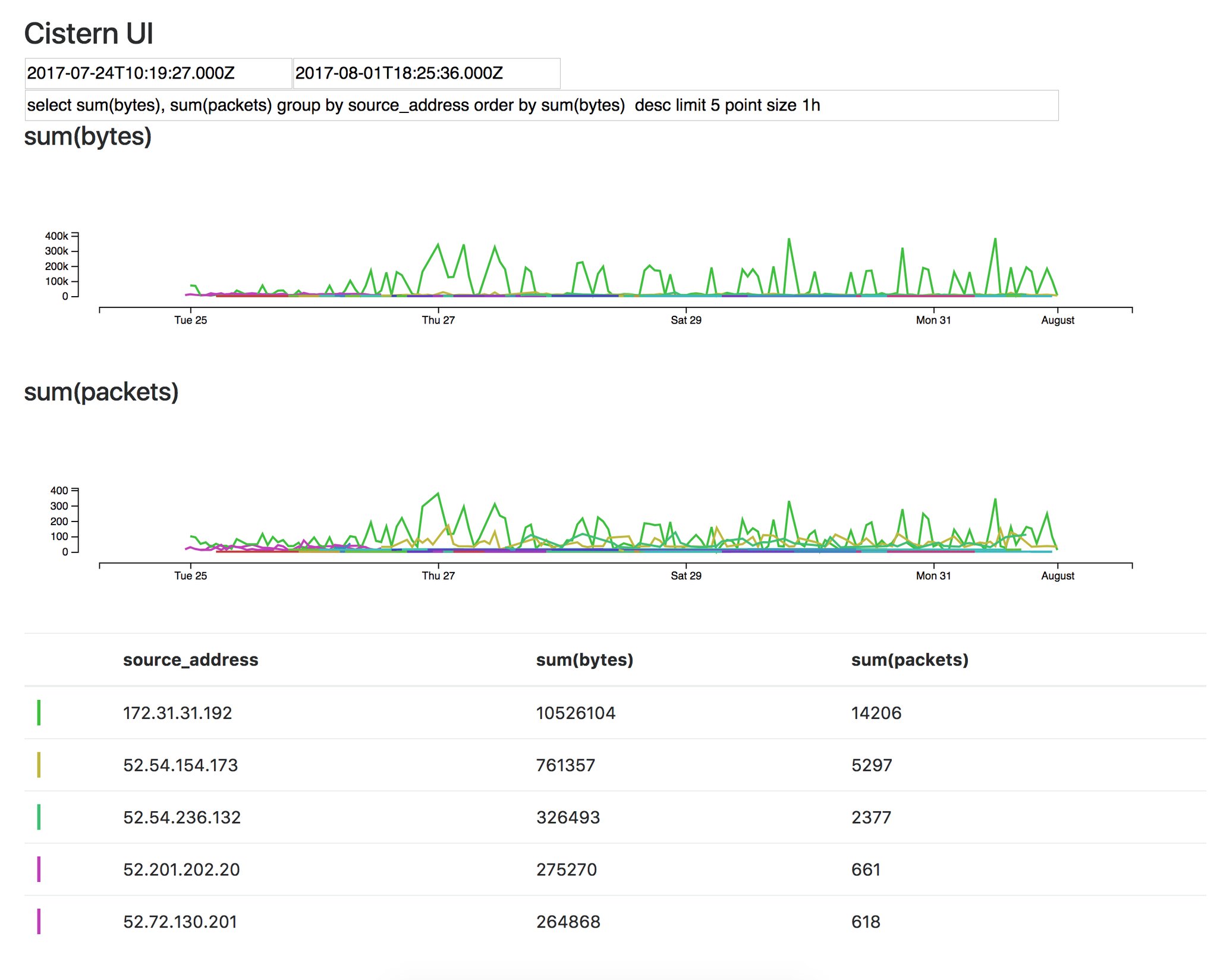 I copied the layout from Honeycomb.io. It works really well.

Of course, generic JSON messages will make it into v0.2.0.

I hope to release v0.2.0 within a week, and then have a regular release once a month or so. There probably won’t be any huge changes after this. Just a lot of testing and refinement.