Appending to a file instead.

In the previous post, I wrote about inserting records into a file and keeping them ordered. The trivial solution of shifting records in a file is horrible in terms of write amplification, because we rewrite most, if not all, records on every single write that does not occur at the end. So let’s make that better by writing to the end. 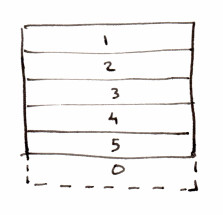 In order to keep things in order, we need to know to move from the newly inserted record back to the top of the file. Let’s add that pointer. 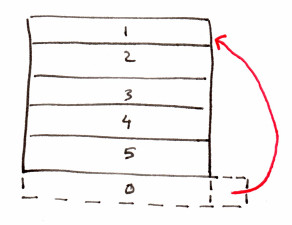 If we started a read from the beginning of the file, we would have no idea that the true first, or root, record is in fact somewhere else. So we need a root pointer. 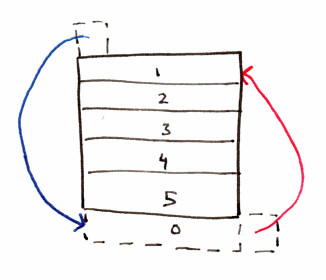